ECO-FRIENDLY BUSINESS We are also an eco-friendly business. It...

DRESSING FOR A WALK ALONG THE BEACH

DRESSING FOR A WALK ALONG THE BEACH We’re into...

MERMAID STYLE – BEAUTY ON THE INSIDE LEADS TO...

AND THAT’S A LUXURY WRAP

MY TRAVEL TIPS WHEN VISITING IBIZA I love travelling!...

THE four-city marathon is over, so what were the takeaways from New York, London, Milan and Paris Fashion Weeks? From a military marching pace, to a shearling and velvet siege, to an earring assault, here are ten trends you need to know now from the autumn/winter 2016 catwalks. The workaday cagoule came to Paris Fashion Week thanks to Balenciaga, who showed theirs in a souped up “couture” cut. Elsewhere, sportswear accents abounded, from bomber jackets to varsity sweaters to rugby socks. How to wear it now? Just make sure it’s tempered with high-class, well-cut pieces. Kowtow to yet another Americanism: shearling (also known, but never acknowledged as, sheepskin) is here to stay, comprising entire dresses at 1205, beautifully cut coats at Céline and appearing in almost every other show this month. Heritage looks were updated via unexpected, sometimes awkward, silhouettes. At Vetements (and Isabel Marant), Prince of Wales check got the Eighties school girl treatment; meanwhile tweeds were shot through with lurex to give Simone Rocha’s collection a precious sheen. Jumbo ear pieces were on every catwalk, from cobbled together masterpieces at Marni to giant metallic discs at Céline, to blown-up safety pins at Balenciaga to acrylic flashes at Stella McCartney. Everywhere, but feeling fluid rather than fusty. Velvet dresses in particular were the mainstay of many a collection: ruched and sexy at Preen, more ladylike at Prada, darkly alluring at Dries Van Noten. Nina Ricci’s came English-gent style, Marni’s had a low crotch and a large belt, Versace’s were super tight, and Balenciaga’s were paired with seriously frosty footwear. Prepare for the onslaught of the ski pant. Emphasis on the female form was elongated and gold-plated at Loewe. Elsewhere, Prada, Bottega Veneta, Balmain, Miu Miu and Givenchy all emphasised the waist.

Photos credits to INDIGITAL and post credit to VOGUE UK. 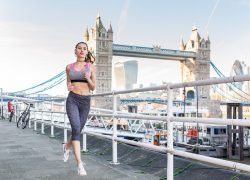 Error type: "Forbidden". Error message: "The request cannot be completed because you have exceeded your quota." Domain: "youtube.quota". Reason: "quotaExceeded".

Did you added your own Google API key? Look at the help.

Check in YouTube if the id UCXmZIfftM6rZmXKQSEUzQmQ belongs to a channelid. Check the FAQ of the plugin or send error messages to support.